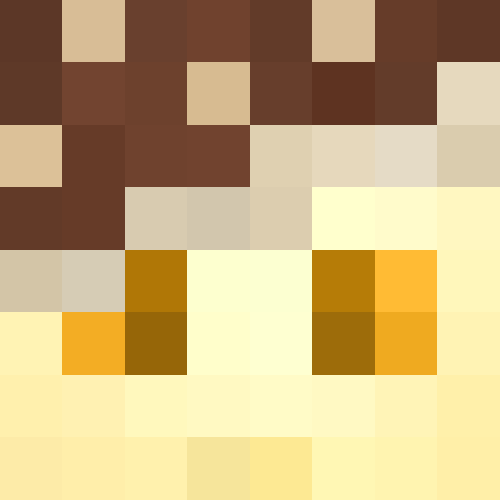 
There are no wall posts here yet.

Registered:
over 3 years ago

Last Seen:
over 3 years ago

This user has not added any about fields yet.

Signs will not change color when color codes are used

Assuming this is a bug because it was possible before the update to the server -- signs with color codes in use will not assume those colors in its text.
If possible this could be allowed for donators if not all players

When in the nether or end, you will occasionally be teleported to the "overworld" against your will
However despite the fact that the sky appears as if it's the overworld, your coordinates have not changed, no blocks will display, and all models and mobs will still interract with you (including trying to kill you)

Every one in a while, whilst in the overworld

The world will flash for a moment and appear to disappear; the player's cursor will go to their first hotbar slot; and the armor bar will hide itself
Lela connected this to chunks being added to a player in the Discord chat but I cannot verify that

To replicate -- walk around for a while

No Method of Locking Doors in Claimed Chunks

If the plugin still cannot be tweaked for this then would lockette work?

Not a single ocelot has spawned naturally on this server after hours of multiple people searching a jungle, and the forums do not cite ocelots as being a rare spawn / they should occur occasionally in the jungle above sea level.